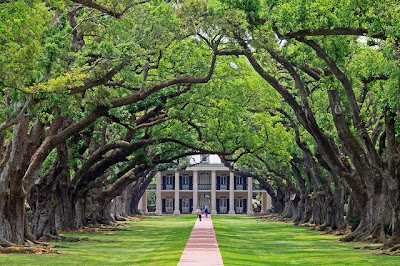 As I threatened a few weeks ago, I am sharing the whole messy process of this book, A Fine Dessert, written by Emily Jenkins – the decision-making, the research, the false leads, the mistakes, the happy accidents, even the paralysis – as it's being made. Here's how a recent day went:
In the second century of making the blackberry fool, around 1810, we are introduced to a slave and her daughter, working in the kitchen of a plantation near Charleston, South Carolina. Just as I tracked down my farmhouse in Lyme, I had a picture in my head of the plantation I wanted to draw: white, with Georgian columns and an avenue of wriggly oak trees. I had a hard time finding a reference for the perfect house. So many of them were burnt down in the Civil War, or had porticoes or wings or columns added over the decades. I settled on Hampton Plantation, which was built in 1735 and suited my needs nicely. 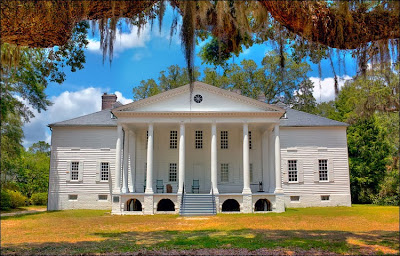 I started to sketch it with the wriggly oaks when I suddenly had a forehead slapping thought: I'm drawing these mature oaks, but this is 1810... what did they look like then?  Had they even been planted? 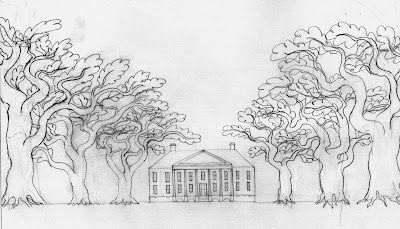 And I found the answer was no. At least I'm not quite sure. Though it seems they were planted around 1820. So I erased them. But I didn't want to lose them altogether so I decided to draw rows of saplings. 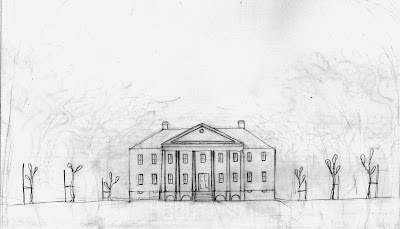 Then, as I continued to delve deeper, I found this painting by Charles Fraser. Of a white plantation house called Ashley Hall. With an avenue of mature trees. Painted in 1803.
So I drew them back again.

This took pretty much an entire day. Most people holding the finished book in their hands sometime next year will never know about the trees that nearly weren't, but you and I will.

what a fascinating realization, Sophie! it's wonderful watching you work all this out. Looking forward to more of your forehead slapping!

It's just fascinating being able to experience your process on this project!

Thank you for sharing. I love your work!

Just discovered your blog - am reading it in installments. (starting from the beginning,like all good stories!) Your Illustratour looked amazing!